Debotosh Ghosh: The improper touch- sexual assault is everywhere, in footpaths, public transports, workplaces, shopping centers, and even at own residence. Women and children are the most vulnerable to it. So, the question arises if the city is providing enough safety to work, move, and live independently, where no woman, regardless of age, can say they didn’t have ever encountered illegitimate touch. The societal situation may have already mounted to a position of calling it a good fortune for women and children not being molested! 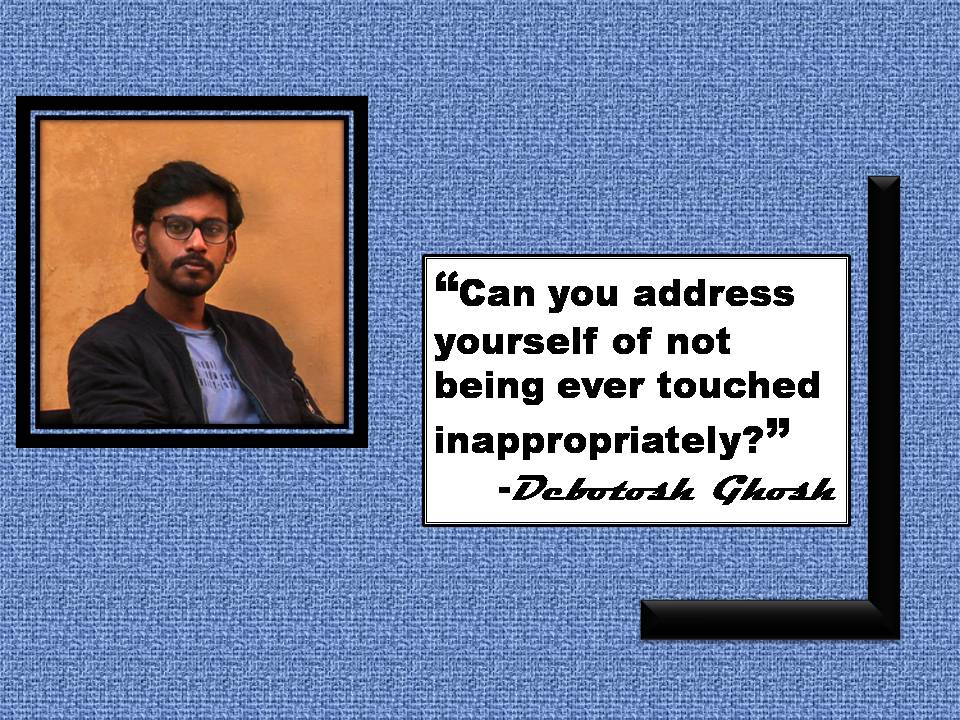 The tendency to sexual assault among middle-aged men and teenagers are the most, finds women. Often bus conductors touch improperly, men checking out girl’s body parts and rubbing gentiles exposing to women’s body, targeting adverse remarks, whistling, grabbing-groping, and eve-teasing are common. Kamrun Nahar is a working woman; she says, ‘Unlike others, I have also been touched innumerable times in buses and footpaths. Even two days ago, a middle-aged man collided head-on intentionally pushing with his arm, acted as if nothing happened. Often, I counterblast with anger, but you know it’s almost a daily issue we girl live with.’
The city has left no children and women safe to anyone anymore. Even not to teachers, relatives, and often fathers, as cases of pedophilia are being brought to light. Since 2015, a total of 3,136 child rape incidents were reported of which justice has been dispensed in only 164 cases so far, said Bangladesh Shishu Adhikar Forum (BSAF). Official records show 498 lawsuits have been filed on charges of rape and gang-rape with 50 police stations in Dhaka metropolitan area in 2019. Of them, gang rape cases are 37. We still have a pathetic daggered memory of Gangs of unruly youths counting at least 30, swooped on around five to seven women, and sexually harassed them when thousands of people joined the Pohela Boishakh celebrations in Dhaka University’s TSC.
So, what is the number of reported molestation cases of the city? None? At least nothing found online. Molesters getting away with repetition and turning it into a habit is an increasing potential threat to society. Objectifying women, as such, will only conspire to severe criminal activities.
Among hundreds of issues of gender discrimination and child abuse, the addressing of molestation has always remained in the dark. However, it does not make the scenario any better as it has always been there. Many believe this heinous activity does not cause severe distress as it cannot be identified or measured! It can’t be estimated because the damage caused is immeasurable. The injury can’t be defined because it kills the victim from inside. Living with the breakdown, lost trust, hopeless, and struggling in fear is not natural. A thousand thoughts to be taken care of for a woman before stepping out, and the victims find no place in the city safe, and we talk of women empowerment, a better world for children.
Gender violence and objectification of women is present everywhere in the world. Children have to be safeguarded all day long by their parents or guardians. In Beijing, the sub-ways have turned into a hub for molestation. Overly crowded metros leave no stone unturned, instead of leaving their women harassed. Delhi has the most rape cases where JNU, a central university of India, has the most reported cases of sexual assault. The question is, will Dhaka walk in the same path or ensure a safer city for women and children.