Dishting Moury: I have been an anime fan for 3 years. Actually, I am a fan for both anime and manga but today I will talk about anime only. When I say anime fan, I mean Japanese anime. I have not watched other Asian country’s anime yet, only the Japanese anime. Japanese anime has a huge collection to choose from. There are so many types of genres like, action, adventure, slice of life, comedy, romance, gore, yaoi, yuri, psychological, fantasy, isekai, sports, seinen and many, many, many more. One thing I always say whenever someone ask for my anime recommendation is you name it, they have it. They have anime for people of all ages. They have anime for kids and they have anime for adults which are more appropriate for them. If you want to see bloodshed and cruelty, they have it. If you are into comedy or parody, they have that too. If you are into movies like “Freaky Friday”, meaning body swapping, they have that as well. Their collection and categories are so vast! They cater to your every kind of fetish. My current favorite genre in manga is isekai, where the protagonist is reborn or transported to a new fantasy world or parallel world. 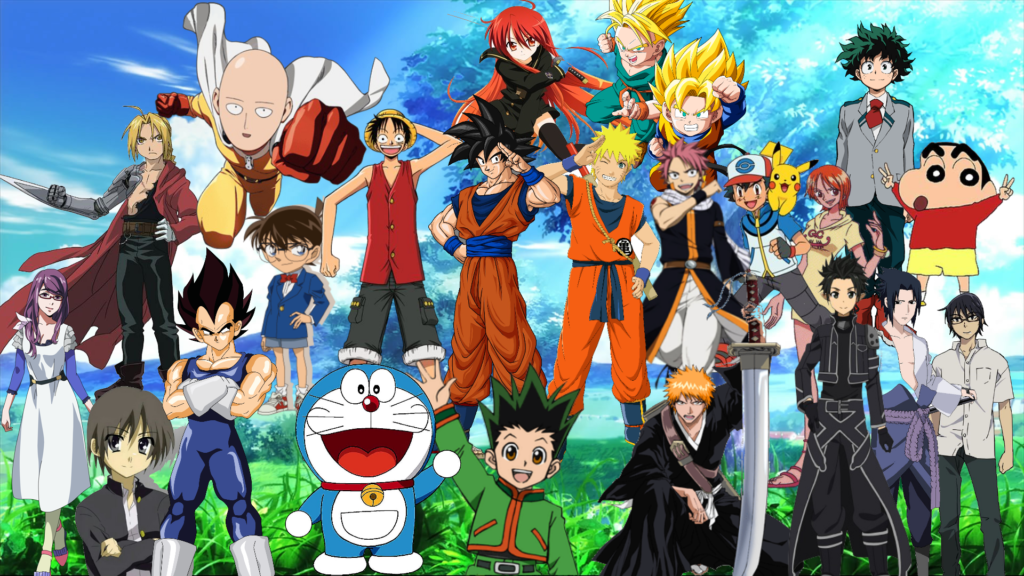 One of the beautiful things about anime is every anime can teach you something about life and people, winning and losing etc. It shows you the other side of story. It shows you the villain’s side of the story. It shows why an evil person is evil, what made the person as such, what is the reason behind his evil thinking and trust me when I say, you will see their point. You may not support their evil rampant but, you will be understanding of their action. There was an anime called, Cells at Work (Hataraku Saibou) and there was an episode regarding cancer cells. The way they depicted that cancer cells’ story, you are bound to get teary eyed (if you are a soft-hearted person like me) when they get destroyed. You know those cells should be destroyed in an early stage for you to survive but you will still feel sad for them. They make you relate with the evil in such way. I know, I have become more tolerant, understanding of human faults because of Japanese anime.
The anime storylines are also unique and refreshing. Currently, the anime I am watching is The Disastrous Life of Saiki K, where the protagonist has psychic powers such as, clairvoyance, teleport, telepathy, shapeshifting, super strength, invisibility, x-ray, time travel etc. you name it, he has that power! It is fun to watch his daily struggle to blend in and not to raise any suspicion about himself. His only motto in life is being ordinary. In his own words, “I am the world’s unhappiest man who has had everything snatched away since the moment of my birth”. Or like, the one I talked about before, Hataraku Saibou. It’s about the cells in our body and the daily routine they go through. You can learn and enjoy things about your body at the same time. When you cut or scrap your finger, what happens inside your body, which cells work to heal you, everything is shown and explained in it. It is been said that the next season of Hataraku Saibou will be on COVID-19. I will be waiting for that season to come out!