Name : The Stranger (The Outsider) 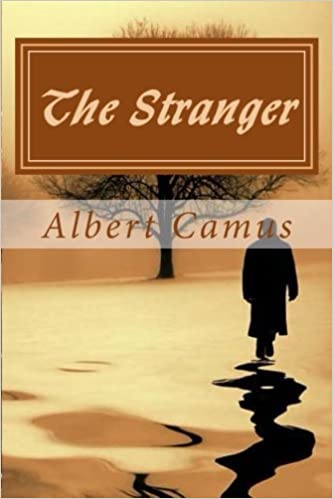 Plot: The story opens with Meursalt (the narrator) reading a telegram informing him of his mother’s death. It’s important to note his matter-of-fact tone, when he talks about needing to borrow a black tie and catch the two o’clock bus to Marengo, where the old people’s home was located. When he gets to the home, he refuses to see his mother for the last time, choosing to keep the casket closed. He doesn’t divulge what he feels about the matter, opting instead to offer a commentary about the wake and the long walk to the funeral. The funeral is followed by more everyday events and an ill-fated growing friendship with a local pimp. Somehow the forces of nature and man conspire to work on Meursault in a manner that causes a sudden outburst of violence that shatters his world.

The second half of The Stranger follows Meursault as he experiences the legal system for the first time. On trial not only are the facts of the case brought out, but what seem like completely unrelated events including his mother’s funeral are brought up to “prove” points about moral character. Meursault soon finds himself trapped in a web of chance events magnified by his own failure to behave as expected by society. And the story goes on.

Review: The Stranger by Albert Camus is a very short novel, but digesting the content will certainly take much longer as this little novel raises serious questions about morality, society, justice, religion, and individuality. Here was one man who lived according to his terms, though his actions were deplorable, his thought processes, irrational. The point is that they were his, and no one else’s. With Mersault, remorse was an alien concept. He shunned introspection and worship (religion), simply because he had no time for them. I find the desire to be free, free as defined by the individual, to be completely human. Despite the character’s cold and detached nature, he was, purely and simply, a man exercising his right to exist as he saw fit. I highly recommend this book to anyone interested in philosophy and existentialist and absurdist literature. Also, for a thinking piece, this one’s a surprisingly easy read that leaves you pondering the purpose of human existence.