Nijhum Nillyঃ One European medieval millenarian movement was known as Joachimism, and was flourished in the thirteenth century. Joachimism was named according to some apocryphal writings, the husband of Saint Anne and the father of virgin Mary, the mother of Jesus. 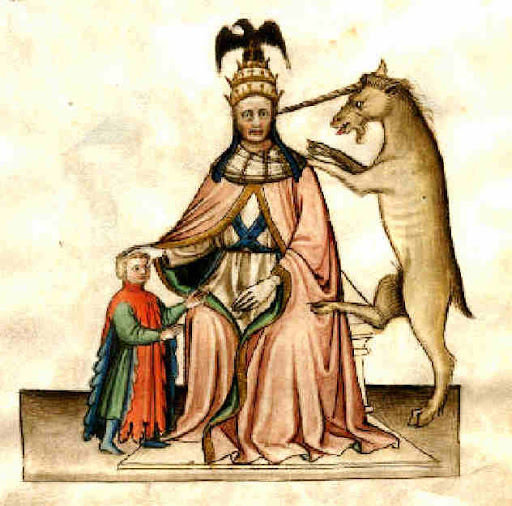 At this period Europe’s economic prosperity was increasing rapidly and the dominant Catholic Church was becoming richer. Many abbots converted their monasteries into luxurious castle, bishops-built places where they lived magnificently as secular feudal lords, and the pop maintained splendid courts. Joachimism developed in protest against these tendency in official church.
In the mid-thirteenth century number of Franciscan friars begun to protest against the indulgent habit of church officials. Friars where those whose order stressed denial of material pleasure and wealth. They placed their movement on the Prophetic writing of the abbot Joachim of Fiore who had died about fifty years earlier. Joachim’s writing was interpreted to foretell that in 1260 the ‘Spirituals’, as they called themselves, would inaugurate the Third and the Last Age of Christendom. This would lead to millennium, in which all human beings, regardless of their previous religious affiliation, would unite in a life of Christian devotion and voluntary poverty. It was prophesied that the existing church would be disbanded and that the clergy would be massacred by the German Emperor.
When the year 1260 passed without the occurrence of this cataclysm, the date of the millennium was postponed. The fervour of the followers of Joachim did not diminish. Condemned by the religious authorities, the Joachimite spirituals came to see the official church as the Whore of Babylon, and the Pope as the antichrist and the Beast of the Apocalypse. The expected to savior to emerge from their own ranks, to ascend the papal throne as the ‘Angelic Pope’, chosen by God to convent the whole world to a life of voluntary poverty. Among the groups within the movement was one led by Fra Dolcino; with more than a thousand-armed men, he waged war against the armies of the Pope in northern Italy until eventually his force was defeated massacred. Dolcino was burned to death at the stake as a heretic, but for many years afterwards other groups arose claiming to draw inspiration from them.