Rabeya Nijhum Do you know about Ghost Dance? No, its not the dance of demons or vampires, neither its related to any part of classical dance or Hip-Hop. Ghost Dance is a quite different example of Millenarian Movement. A millenarian group is one that anticipates immediate, collective salvation for believers, either because of some cataclysmic change in the present, or through a recovery of a golden age supposed to have existed in the past. The term “Millenarian” actually derives from the thousand years reign of Christ, the millennium prophesied in the Bible. 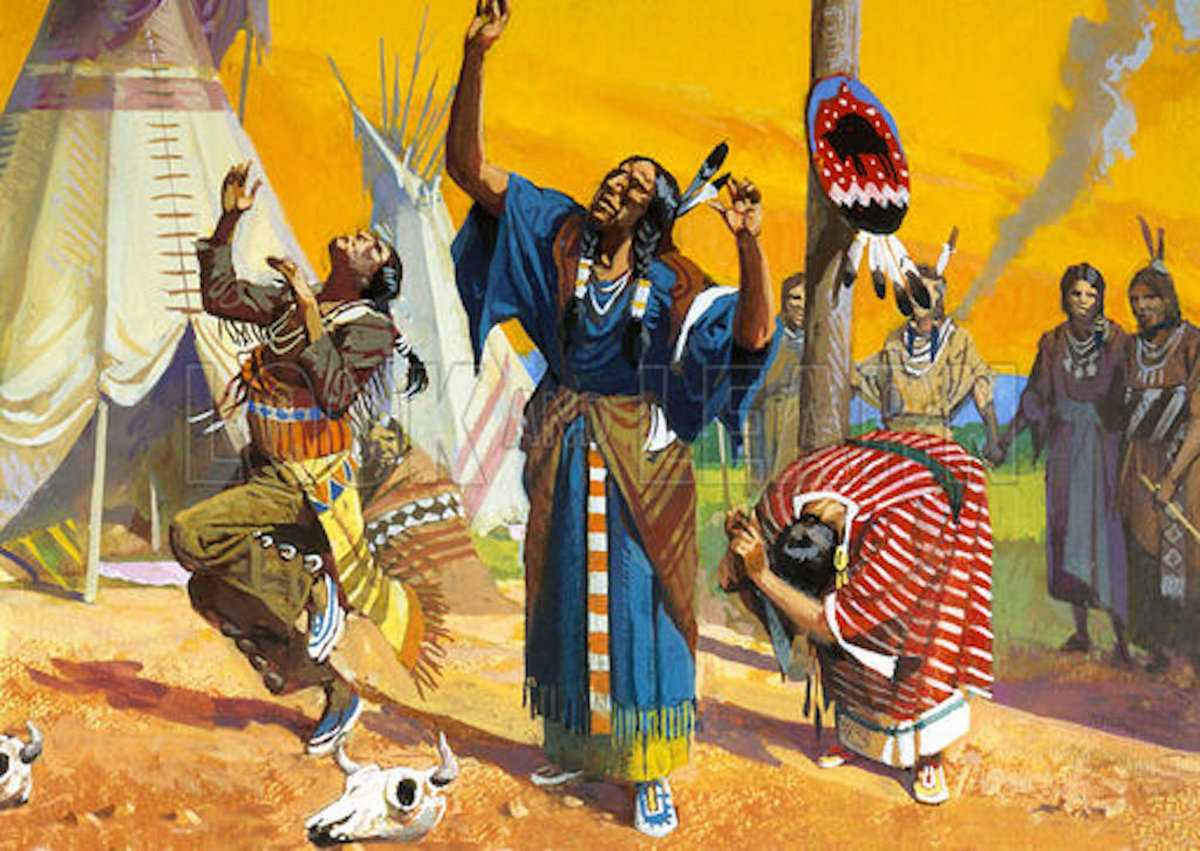 Ghost Dance cult that arose among the Plains Indians of North America of late nineteenth century. Prophets preached that a general catastrophe world occur, heralding the millennium, in which storms, earthquakes, whirl-winds and floods will destroy all the white intruders(criminals). The Indians would survive to see again the parties covered with herds of buffalo and other game. After the catastrophe all ethnic divisions would be dissolved, and any whites who came to the land would live amicably with the Indians.

The Ghost Dance rituals spread from community to community in the area, just as religious cults have spread more recently from village to village in New Guinea. The rituals of the Ghost Dance which included singing, chanting and the attainment of trance-like states, were based partly on ideas derived from contact Christianity and partly on the traditional ‘Sun Dance’ which the Indians use to perform before the arrival of the whites.
The Ghost Dance died out after the massacre at ‘Wounded Knee’, in which 370 Indian men, women and children were slaughtered by white soldiers.