Nijhum: It’s a story of a Butcher who lived in a small village of Italy in 18 century. He was too poor to manage good foods for his children. One day he lost his job. He became sad and frustrated that how he will feed his family. So he decided to sell his households to buy food for his children.But after few days his home turned into an empty house .There wasn’t a single thing left for sell except the cow but it was considered as their family member. 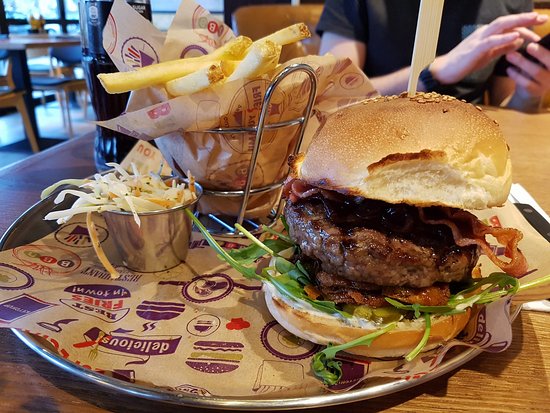 Three days past without food. Children became sick. The butcher don’t wanted to left his family starving like this , he was so worried and decided to sacrifice their beloved member of the family. So he slaughtered the cow to feed his children.

He sprinkle the ground beef evenly with salt in a large bowl and made patties, then he put the patties between the bun and prepared lunch for his family. His wife and children were so happy after having that delicious food. He took his wife’s advice and started selling this food to the market and within few days he became so famous in that village . Within one month ,surprisingly, this food roll out almost all over Italy and it was named after the Butchers name ‘Burger’. The village was also known as Burger.

This is the story of authentic burger.