Hutumpecha: Bangladeshi director Piplu Khan made a docu-drama on Bangladesh PM named “Hasina: A Daughter’s Tale” where at least three houses play as a crucial a part as the film human subject. while two of the houses are in Bangladesh, the third is a house in Delhi where Hasina had stayed from 1976-1981. 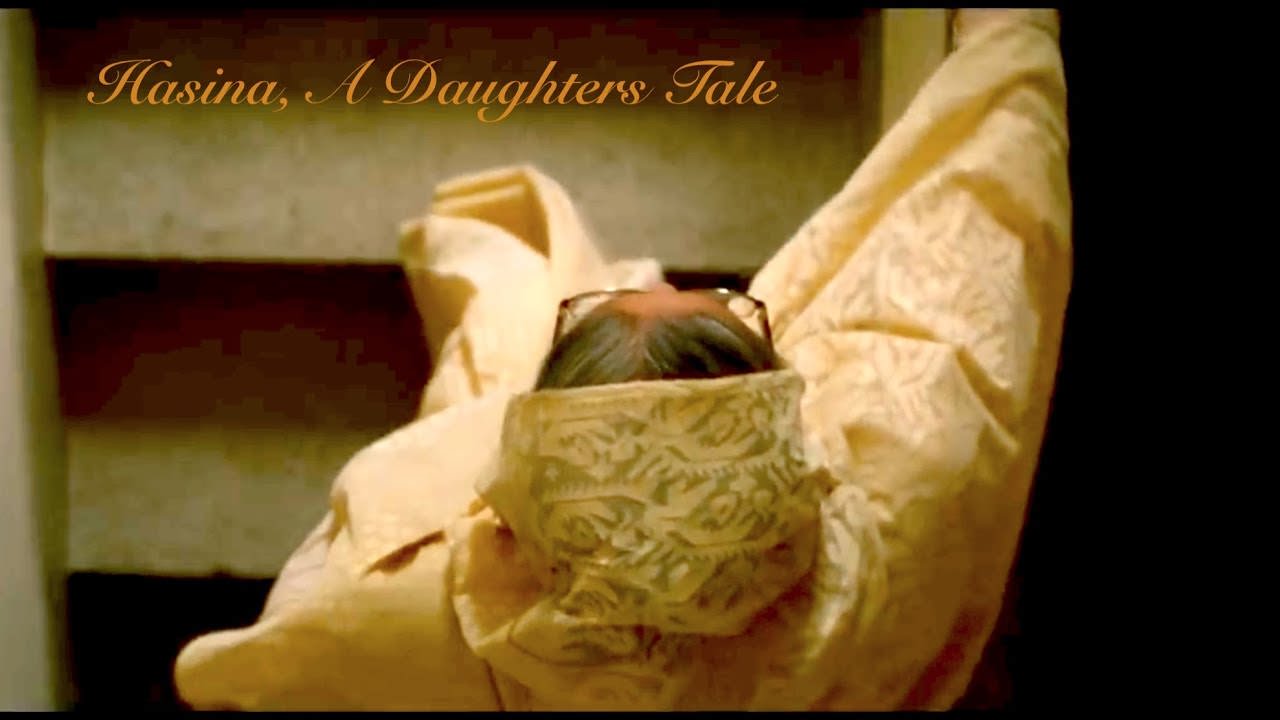 Though Hasina personally didn’t go down to Delhi to shoot for the docu-drama. “Delhi is a Strange and significant part of her life. She was trying to engage herself in daily activities but it was tough for her to cope with this life.Coming from a political family. it was almost like a cultural shock for her”-said Piplu khan.

“She considered Indira Gandhi as her Guardian. In her interviews for this project she has spoken about Indira Gandhi’s hospitality. We have woven a narrative linking her Delhi house and the house of Indira Gandhi”- said Piplu Khan. 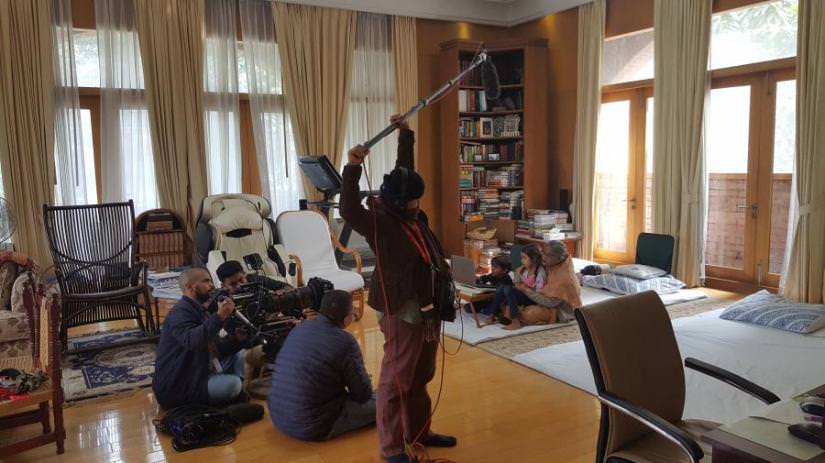 Shooting at the 32 Dhanmondi house was a “poignant” experience. On August 15,2017, khan’s camera followed Hasina and sister Sheikh Rehana when they visited that House. In 1975, her father was assassinated in this house along with eight other family members. Bullet marks are still clearly visible on the walls of this house. Every year, the two sisters conduct a very private prayer ritual in front of the staircase where Bangabandhu was repeatedly shot at.

On February 2, 2018, Hasina had returned to the Dhanmondi house to shoot with Khan. “When she visits this house, she usually sits in a small room on the ground floor. After ten years, she climbed up the stairs and visited the rooms. She even borrowed the camera of my assistant and shoot photos of trees and pigeons”-recalled Khan.

Hasina’s anceastral house in Tungipara which has her father’s grave also features in the documentary. “I shoot her there during the last two monsoons. I have also shoot at the Gono Bhawan in Dhaka and also in Germany where she had stayed briefly after August 15,1975. I want to show the interior life of the first family of Bangladesh. When I began shooting, I told her  that i will address her as Apa. I have tried to show her life with my layered interpretation of her tragedies and triumphs. Dramatically, yet honestly, I have portrayed her as the daughter, the leader, and ultimately, the human being” -Piplu Khan the director said. However Khan insists that this docu -drama is no hagiography. “She is from a political family. Everything has layers of political connections. However, I am interested in portraying her human side.” he said. 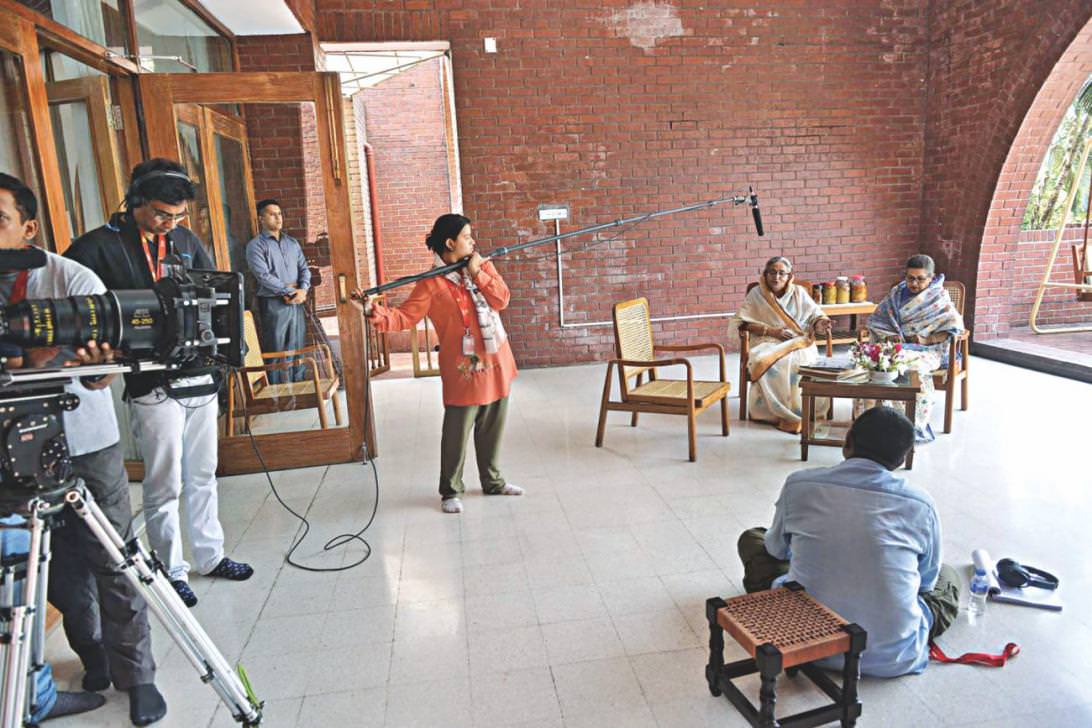 “I think, she knows the names of all the trees of Gono Bhawan by heart. There is a “boroi” tree in her Tungipara house. Boroi is regularly procured from that tree and brought to Dhaka so that she can make pickles. Despite her busy schedule, She loves to make pickles and ensures that guests have a taste of them when they drop by. Even the relation between the two sisters are very grounded they exchange saris. The primary narration has been done by Apa herself. it has been Complemented by her sister,” the director said.

Khan describes Hasina as a “bold and beautiful” daughter. “She has a fearless body language. Her Bengali writing is impressive and I was pleasantly surprised with her high energy levels and sharp memory” he said.

On being asked about how the documentary treats Hasina’s political life, including issues like the Rohingya crisis or the forthcoming elections Khan said- this isn’t a “political propaganda”, we have full freedom. we have only dealt with how  her father had strongly  influenced her political view point, Sheikh Hasina has been depicted as a personality who represents the flow of history of Bangladesh. Her rise has been connected with genesis of Bangladesh. The idea is to narrate a tale for a wider audience willing to understand Bangladesh more closely” the director said.